Remember the Shortcut in the Game, Candy Land? It’s Like That. 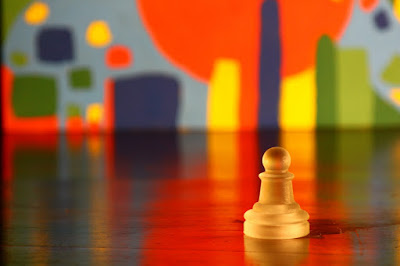 Ever since encountering the Enough Work four years ago, one thing has elluded me.  I have struggled to find a clear and concise sentence or metaphor to express the profundity of what it is. Perhaps it is not necessary to do so, and I am too close to the work for it to become clear to me, but I feel I'm getting closer.
As a child, one of my favorite board games was Candy Land.  On the board was a twisty path made up of colored squares, and the goal of the game was to be the first to reach the end of the path.  When it was your turn, you chose a card from the deck.  Each card had either one or more colored squares or the picture of a destination along the path, such as Gingerbread House. You advanced your game piece according to the card you drew. There was one exception, however.  If you landed on a square adjacent to a shortcut, you could instantly move through that shortcut, advancing you to a place much further on the board than your card originally took you to. The Enough Message feels like that - a stroke of luck, a path opens, you whiz forward unexpectedly.

If you have played Candy Land, you know that shortcuts come rarely, and once you've had one, you go back to playing the game square by square, hoping for the next shortcut to appear, over which you have no control.  This is where the metaphor ceases to explain the Enough Message. The understanding it brings is not temporary. It is a new lens – a much expanded awareness of what you are and what life really is, beyond the messages of scarcity and lack you've been taught.  Because Enough is an expanded lens, it can be applied to gain a new perspective of every aspect of life:  relationships, money, career, health, spirituality.  It is like holding a permanent short cut card to use wherever and whenever you choose.

When we realize we have always been enough and have always lived in a loving universe whose design and intention is to provide us with enough, we are instantly advanced forward.  We have pierced  the bubble of scarcity, unworthiness, separation,loneliness and lack. We don’t need to play that old, tired game anymore, competing with one another to win, slogging through life square by precarious square, hoping for the right cards to find our way through, always fearing that even if we play by the rules our whole life, we could end up losing anyway.
Here's how the Enough Message works as a shortcut to transformation. Direct your attention deeply within.  Ask these questions and seek the answers from as deep a place within you as you can:

Do you feel you are enough?

Do you feel you have enough?

Do you believe there is enough in the world for everyone?

How would you be different if you knew you were enough?

How would the world be different if everyone knew they are enough?

You always have been enough for what you came here to do, and you always will be. Nothing could change that.  It is natural law. Every cell in your body, every molecule in the universe operates by the Law of Enough.  How could you exist in this world and not be of it?

What if I told you there is enough for everyone?  Enough food.  Enough care.  Enough shelter.  Enough happiness.  Enough meaning.  Enough love.  More than enough, actually. It is only by choice that enough in all its forms is being held back, wasted, destroyed and hoarded by humans.

What if I told you that the human species is the only species of 8.7 million species on Earth to operate by the Law of Never Enough, and does so with such conviction and skill that it is on a suicidal path to destroy all life on Earth? What if I told you that humans have only been trying out the game of “Never Enough” for 5,000 years, and that many peaceful and technologically sophisticated cultures live and have lived in alignment with the natural law of Enough?
And what if I told you that because we are all connected, our best hope to reverse this insanity is to wake up to our own individual enoughness and to feel deeply inside how our enoughness connects us to our true nature and to one another and to all life, so much that we not only will want to but know that we can stop all manmade suffering on Earth once and for all?

Can you be attentive to all that?

I know you can, but will you?

Because if you do, you've received what I am trying to pass onto you. And it isn't something trivial.  When I say “the Enough Message” I am not talking about some feel-good mantra or fleeting self-help gimmick.  I am talking about profound personal and planetary transformation that's accessible to everyone. I am talking about a tool that invites you to be attentive to it, to dive deeper with it.  This is not a game. I am talking about saving the world for future generations – for your children and mine, and for all precious life on Earth.

My purpose is not to sell books or to convince anyone to buy anything I might be putting out there in the world.  I already have more than enough of everything I need and want. The choice, the power and the responsibility to make this shift is yours. But know that you are enough for it. Right here. Right now.
I also know now that I am enough to tell you this, and to mean it with every fiber of my being:

It is time to treat personal transformation as the most serious and urgent work we could ever do for the planet and for future generations.

Commit to be attentive to your intuitions and big questions as they arise to be considered by you. Make time for the important and real conversations we need right now, not for the useless banter that keeps us stuck.

Enough is my card to share with you. You can bet much more is coming from all directions and from many voices all over the planet.  Take what is shared with you and go deeper.  When each of us advances in understanding, we all do. It is time to know that.  Really know that. You are enough to draw the shortcut card. We all are.

Laurie McCammon is author of Enough!  How to Liberate Yourself and Remake the World with Just One Word and the new Enough! A Companion Guidebook which she coauthored with seven women's circle experts and a wellness expert. The Enough! book outlines the evidence that we are living in a world where the Law of Enough is the deeper truth.  The Enough! Guidebook contains 100+ hands-on activities for individuals and groups to go deeper with all aspects of the Enoughh Message.  You can learn more at www.lauriemccammon.com