Refuge or Refuse? Which Will it Be? The U.S. Response to the Syrian Refugee Crisis 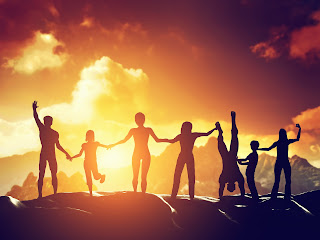 News of brutal terrorist acts demands an inner reckoning within each and every one of us.  Will you double down on fear or double down on compassion?  Is your heart opening up or closing down?
I remember this feeling well from 9/11, the numbing effect of initial shock.  As we emerge from it this time, what action will we take?   Will we respond from a sense of fear or compassion?  How will our governments respond?  After the 9/11 attacks, a universal feeling of goodwill and compassion swept across the world.  I remember being completely baffled how quickly our government squandered that good will by rushing into war with Iraq.  I feel now as I did then that we are too quick to assuage our fear and pain by inflicting fear and pain on others, even when “others” turn out not even to be the ones who are directly responsible.  Iraq and 9/11, we were told, were linked.  We know now that was not the case.

As I watch the evolving coverage of the Paris attacks, once again it seems we are being nudged into making what I believe is another false association between two concurrent issues  – the Syrian refugee crisis and the Paris attacks.  It is as if by combining two crises, we can tie a neat little bow around them and get rid of the fear and uncertainty generated by both at the same time.  (Convenient idea, but again, not the truth.)  I investigated more about the refugees, who they are, why they are fleeing Syria, and find it is laughingly implausible that they would pose a threat to our homeland. Half of them are children, for one thing.  (See links to several supporting articles at the end of this blog.)  The numbers and the facts simply do not support the assertion that the refugees are laced with terrorists.  Is it even remotely likely that traumatized refugees who have lost everything and who have endured unspeakable hardship for weeks or months on end would have the will or even the energy for anything beyond scrounging for the basics of life such as food and shelter? I find it highly suspicious that a supposed Syrian passport found at one of the Paris attack sites indicates some kind of link.  It is akin to the elusive “weapons of mass destruction” – used falsely as justification for extreme self-protectionism.

The problem is, it seems we are so eager to get rid of our psychological pain that we are apt to accept the first simplistic explanation and “solution” in order to feel some sense of relief.  I shudder to think of how many lives – including those of our service men and women and their families – were negatively and permanently impacted by the decision to go into Iraq. (Not to mention the destruction of neighborhoods and the taking of innocent Iraqi lives.)  Going into Iraq seems to me a classic example of addictive behavior − dealing with psychological pain by distracting ourselves.  In other words, “Do something, anything.  I don’t care what! Just don’t go deeply into the pain.” Apparently “doing something” in revenge was psychologically more appealing than taking our time to collect facts and deal with our deep grief.   Tired of mourning?  Wage war.  Depressed?  Have another drink. Feeling hopeless?  Go shopping.

Since 9/11, we’ve heard the same familiar drumbeat of ramping up the violence in response to a variety of issues including school shootings.  The solution to violence, we’re told, is more violence. The solution to mass murders is more guns; bombs require more bombs.  When will we wake up and realize that we have been drawn into a game which has no other possible outcome than the escalation of violence and suffering? Do we really want to live in a hyper-militarized police state?

When fear overtakes us it has a dumbing-down effect on our minds and a stress-inducing effect on our bodies, and this makes us vulnerable to simplistic and extreme solutions.   We default to the reptilian brain, discarding subtleties, interconnections and long-term implications, becoming distrusting, impatient and paranoid.  Fear makes us act out impulsively and isolates us from one another emotionally.  Fear ignites a fight or flight response.  Brain science has confirmed that fight or flight is a characteristically masculine response to crisis.  The feminine response, on the other hand, is to tend and befriend.  In a perfect world, our response as a nation would neither be skewed to the masculine nor the feminine, but would combine attributes of both approaches.  And I think this is why, as a woman, I sorely feel the absence of balance in the responses that are being chosen by many of our government officials thus far.   Over 50% of the governors of our United States have chosen a flight response  – declaring that they will refuse to admit Syrian refugees into their states.  Several presidential candidates are advocating fight – more bombs, more attacks on supposed ISIS strongholds. Fight or flight, they have walled off their hearts from the greatest and most powerful and transformative of human qualities – compassion, charity, love, community and kindness. The best of our human strengths, the very attributes which allow us to connect and overcome any crisis together, are not welcome when we choose fight or flight.  We become, in my estimation, less than human; less than whole.

When we make the more courageous choice to dare to open our hearts in time of crisis, we reclaim the wholeness of who we are.  Just because we are in our full hearts does not mean we discard using our brains to discern, defend and protect. The idealism and supposed naiveté of the heart is often used as an argument against responding with compassion and charity in difficult and dangerous times.  But I would argue that the exact opposite is true.  We cannot ever fight fire with fire without ingesting fire.  We cannot respond like our enemy and not become more like our enemy.  Compassion and charity are what define our virtue. We are made more secure when we extend to others the kindness we ourselves would want to receive.  It plays into the narrative of terrorists if Americans reject Syrian refugees.  It adds to the feeling of alienation, shame, and rejection that fuel resentment and hatred.

To get off the perpetual treadmill of war, I believe we must do something radically different and more bold than ever before.  We must be more loving, more generous, more daringly open, more trusting.  We choose compassion not for the sake of defying evil or proving the enemy wrong, but because when we look deep within ourselves, we realize that the deepest part of who we are is merciful, compassionate and loving. Compassion heals and unites.  It is the stark beauty of an open heart against the dark backdrop of hatred and fear which can and will lead us from the darkness and into the light.

There are those that would say what I describe would make us appear vulnerable and weak.  But would it really?  Isn’t weakness succumbing to fear rather than facing it and being our truest selves anyway?  Haven’t we already lost our freedom when our responses are informed by projections of worse case scenarios and exaggerated risks?  There are no guarantees in life. Life is not inherently safe.   We will all experience some kind of suffering in our lifetimes.  But it is love and compassion that make life worth living, that make suffering bearable, that provide nourishment and replenishment to rise above the difficult times. If we do not fight to cultivate this sustenance, we risk becoming weakened shells of ourselves. This leaves me nothing but to conclude that fear and hatred are the true “foreigners” we should be shutting out of our country and hearts.

So, instead of walls of red tape for refugees - homes, food, warm blankets, kindness, community. Instead of spewing hatred, doubt, division and retribution – let’s deeply listen to one another to explore our common humanity.  I have faith in our common humanity; trust in the unity that underlies our differences.  It is up to each of us to claim the kind of world we want to live in.  Bombings and shootings are the end product of lifetimes of man-made alienation, shame, resentment and fear, lifetimes of fight or flight responses that find no end.  We may not be able to undo it for those who find themselves so bereft of heart that they become terrorists.   But I do know that the more of us who choose love and compassion, the quicker we spread the kind of world any human being would be happy to live in.  Love evokes a very different response – gratitude, connection, trust, reciprocity, paying it forward. This is the kind of country and world I would be proud to live in.  I am pretty certain that Lady Liberty would feel the same.

Laurie McCammon, MSAEd is the author of the upcoming book published by Conari Press, Enough! How to Liberate Yourself and Remake the World with Just One Word

Links to information about the Syrian Refugee Crisis and Paris Attacks:
What you need to know: Crisis in Syria, refugees, and the impact on children
An overview of the Syria refugee crisis, its impact on children, and how you can help.
November 3, 2015 | By World Vision staff
http://www.worldvision.org/news-stories-videos/syria-war-refugee-crisis

Huffington Post These Groups Have An Idea To Help Syrian Refugees: Let People Sponsor Them It's Working in Canada.  Elise Foley  10/27/15
http://www.huffingtonpost.com/entry/syrian-refugee-resettlement_562fc4a1e4b0c66bae59c4c3