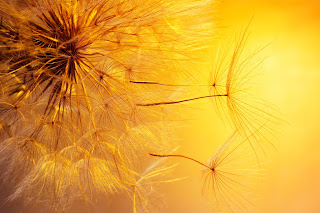 Standing Rock.  Stand your ground. Stay grounded. Reaffirm love and compassion and interconnectedness with one another and Earth. Know that the deep source of strength is in our togetherness and belonging to one another and Earth, in our sisterhood and brotherhood at the level of essence. Together we rise. Divided we fall.  Watch the coalition of love building at Standing Rock.  Join it if you can, physically, emotionally, spiritually, financially.  It is what is real. It is what is solid. It nourishes your soul. It is coherent with your deepest wisdom about what is good and what is right. And it is powerful beyond measure.

We truly are enough for this very time on Earth.  Even if you maybe can't believe it just yet, I will hold this truth and this space for a better world as my choice, my perspective. A much better world is coming.  This I can assure you.

As we process the election results, it occurred to me that not only will those around us be going through the five stages of grief (denial, anger, bargaining/guilt, depression/sadness, acceptance), but perhaps what the election shows us is that we as a country and world have been going through these stages in general as our world deteriorates environmentally and economically.  The old economy has been dying and first we had denial, but now the majority are waking up (wikileaks, scandals, bank fraud, etc.) and this means anger is the first step towards letting go of the old and embracing the new.  Anger arises as a search to lay blame on anyone and anything but oneself. It is messy. The next stage of bargaining has also begun – trading a non-establishment vote for the possibility of a different world. But what is establishment and what is not? In bargaining, we must come to terms with this on a much deeper level than we have. The irony of electing a man who perfectly represents the greed and narcissism at the core of our crumbling economy is not lost on me. We cannot skip steps, so maybe this is the hidden message behind this election, that humanity IS moving from denial to anger and bargaining, and this is actually a sign of movement and progress. Can those of us who dwell in peace and love, those who moved through our anger at the old world and into greater action and empowerment,  hold a space for the future to be born, AND space enough for the necessity for others to make the auspicious move from denial to anger and bargaining?  We are getting there.  Really.